Sorare and Goldin Auction: NFTs of French and Belgian footballers 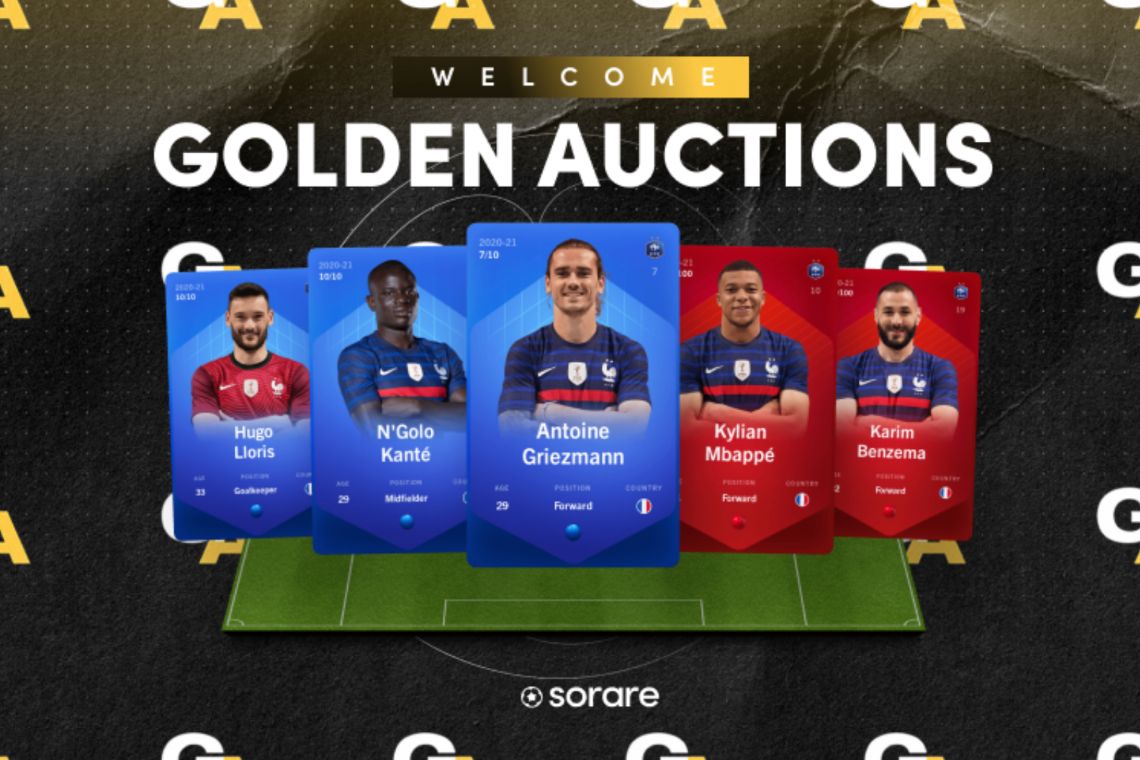 The first 11 rare non-fungible tokens are already available on goldinauctions.com.

This initiative brings together Sorare, a leader in the creation of football-themed NFTs since before the NFT hype broke out, and Goldin Auction, a company specializing in auctions of collectible cards and various memorabilia related specifically but not exclusively to the sports world.

Together, they have created this collection of NFTs featuring some of the world’s most famous players including:

The launch of the collection and the start of the auction comes just days after Italy won the 2021 European Championship. The competition saw both France and Belgium in the limelight.

It is worth noting that three of the 32 national teams that participated in the European Championship have already created their own NFTs with Sorare. These are Belgium, France and Germany.

Thanks to this insight, Sorare has gained over 90,000 users worldwide in 140 countries, and has entered into more than 140 partnerships with various football teams around the world, including Real Madrid, Juventus, Paris Saint Germain to name just a few.

Goldin Auction is not new to the blockchain world either. This year the company announced its integration with Gemini, the exchange of the Winklevoss brothers. This will allow users to buy and sell cards and collectibles using bitcoin and Ethereum.

“Goldin Auctions and Sorare are revolutionizing the way fans across the world enjoy trading cards and collectibles and engage with sports and their favorite athletes. The massive growth in sports trading cards and memorabilia has been mirrored by the explosive interest in NFTs and the possibilities for exciting new products revolving around both are endless. We couldn’t be more excited to lend our platform to provide fans from all over the world access to these incredible digital assets from Sorare”.

“There’s been a growing interest for soccer trading cards in the US with Ebay announcing a 1532% soccer trading growth sales in 2020. We’ve seen this first-hand with many more USbased-fantasy players joining Sorare. We’re very excited to partner with the leading trading cards, memorabilia and collectibles platform in the world to auction cards from two best soccer teams in the world with once in a generation players such as Kevin de Bruyne and Kylian Mbappé”.

The post Sorare and Goldin Auction: NFTs of French and Belgian footballers appeared first on The Cryptonomist.