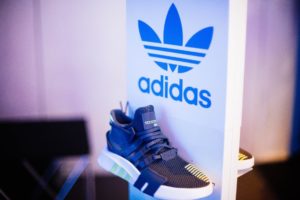 The latest news in the world of Non-Fungible Tokens (NFTs) involves giants from other industries such as Adidas, AMC Entertainment and famous NFT artist Damien Hirst.

In addition, the price of Metaverse tokens such as SAND, MANA and AXS are also in the spotlight.

AMC Theatres, in honour of the new film premiering on 16 December, Sony Pictures’ “Spider-Man: No Way Home”, has planned its first NFT promotion, raffling off 86,000 Spider-Man Non-Fungible Tokens to its subscribers.

According to reports, members of the AMC Stubs Premiere & A-List and AMC Investor Connect subscriptions who pre-sell tickets to the film from today, 29 November, will be eligible for the airdrop.

It’s an unprecedented collaboration between Sony and AMC, for which more than 100 NFT drawings will be available, specially designed by animation studio Cub Studios, which has won BAFTA and Lovie awards for its work. The platform that runs it all is WAX, an energy-efficient, ultra-low-carbon and the first certified carbon neutral blockchain.

The announcement specifies that guests should be aware that NFT codes and redemption instructions will be delivered to those who qualify via email on December 22, 2021, and the NFT must be redeemed by March 1, 2022, at 11:59:59 PM ET.

Famous British NFT artist Damien Hirst is also giving away 10,000 NFT to those who had purchased artworks from his “The Currency” collection. Here’s the roundup of tweets in which he describes it all:

(1/10) Everything done well is art. With Drake’s support and blessing, I’ve created this free Thanksgiving gift for all currency NFT holders; it’s loosely based on the album cover I made for Drake. pic.twitter.com/IlB0EjpGrg

(1/10) Everything done well is art. With Drake’s support and blessing, I’ve created this free Thanksgiving gift for all currency NFT holders; it’s loosely based on the album cover I made for Drake”.

The 10,000 NFTs are from his new “Great Expectations” collection, a series containing 10,000 images based on his work “Certified Lover Boy”, which is the sixth studio album from Canadian rapper Drake.

Adidas and the NFT metaverse

Following its tweet announcing its partnership with Coinbase, Adidas has been teased by several NFT channels on Twitter, the social network of crypto lovers.

This is the case with Bored Ape Yacht Club, a collection of 10,000 digital monkeys. BAYC sales have now grossed more than $800 million since the project launched earlier this year, making it the fourth largest NFT project around.

Also PUNKS Comic, a hard-hitting NFT Comic that creates comic book characters from CryptoPunks characters, has grossed more than $1.6 billion to date with its collection of 10,000 avatars.

Early last week, Adidas hinted that it was entering the metaverse, after it emerged that it also owns some virtual land in The Sandbox

What should we build, together in @TheSandboxGame?

“Hey Adidas, impossible is nothing in the Metaverse. What if we invite all of the original thinkers and do-ers to design our future together?”

Metaverse tokens: the price of SAND, MANA and AXS

Over the past week, The SandBox metaverse token (SAND) has experienced a 75% price pump from a value of $4 to $7.15 at the time of writing.

The likely reason for SAND’s bullrun this week is the involvement of Adidas which catapulted it to 35th position.

Decentraland (MANA), which fell to 23rd position by market capitalization, has seen a 28% price pump from $3.80 to $4.90. In contrast to Axie Infinity (AXS) which has risen just 2% over the past seven days.