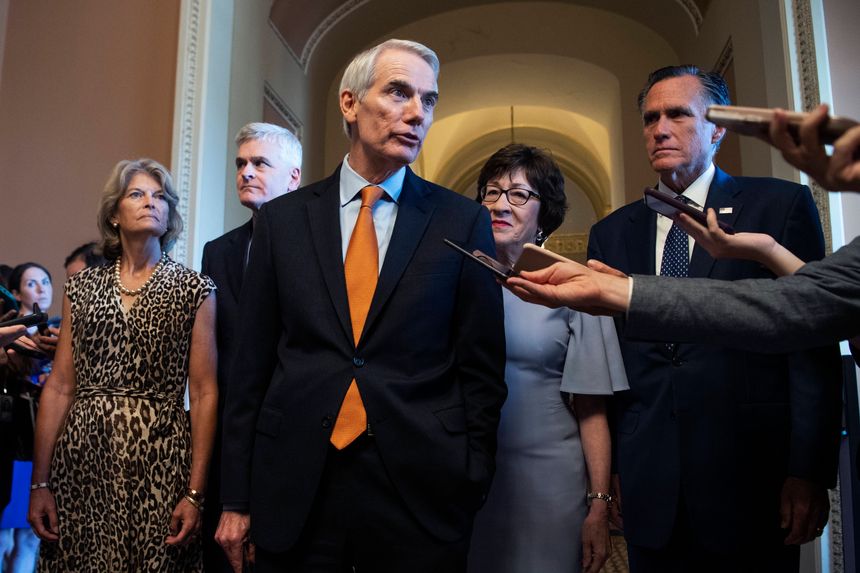 The Infrastructure Bill continues its journey through the US Congress, keeping the cryptocurrency industry in suspense.

If the bill were to be passed as it stands, all those who validate cryptocurrency transactions, including miners, wallets, and developers, would practically have to report to the IRS, the US tax collection agency.

Against this drift, which threatens to put the industry at risk, there is an amendment submitted by Cynthia Lummis and two other senators, which specifically calls for these entities to be excluded from the Infrastructure Bill.

The situation is in a state of impasse, as explained by the pro-crypto senator from Wyoming:

This has been an interesting day. Here’s what is happening: First, we’ve been able to have very productive conversations with senators on all sides of this issue, and if we could vote on amendments I think the digital asset community would be pleased with the outcome.

The tweet feed explains that the situation is currently at an impasse. The Senate is divided between those who want to vote now and those who are calling for the application of the “30-hour rule”, which would allow extra time to review the bill before the vote.

“Senator Schumer wants to quickly vote in order to focus on other legislation, and won’t allow amendment votes unless that happens.

So we’re at an impasse. I understand my colleagues’ positions. But real people are going to be hurt if we do not change the language in this bill. Tomorrow we’ll be back in session and again work to convince our colleagues and Senator Schumer that our amendment deserves a vote”.

Cryptocurrency influencers against the infrastructure bill

While the situation is stalled, influencers in the crypto industry are taking a stand.

The first to take action was Coinbase CEO Brian Armstrong, who in recent days has returned to tweet against Mark Warner’s amendment. This amendment will affect blockchains that use the Proof of Stake algorithm, but not those that use Proof of Work. In practice, Armstrong argues, the law decides who wins and who loses in a nascent industry. It’s a bit like if the law stipulated that it’s OK to develop iOS but not Android, Android developers would suddenly become outlaws.

His remarks read as follows:

“Crypto is still in its early stages. Innovators across this country are working to make crypto networks better, enabling new apps like NFTs, smart contracts, and DeFi. These will bring enormous benefits to Americans, and help ensure our place as a financial hub.

If the U.S. fails to embrace the innovation happening in crypto, it risks becoming a financial backwater, missing out on one of the fastest growing sectors of the economy. Imagine if we had missed out on the internet, and the largest internet companies had been built overseas.

This debate in the Senate started because the govt sees the growing crypto industry as a source of tax revenue. We agree everyone must pay their taxes. There is no debate on this topic. But destroying some of the most exciting innovations in the process is unconscionable.

History will not be kind to any politician who tries to block American’s access to new technologies. Americans have a very low tolerance for taking away our rights, and harming economic growth”.

Elon Musk agreed, saying there was no need to rush into legislation.

Agreed, this is not the time to pick technology winners or losers in cryptocurrency technology. There is no crisis that compels hasty legislation.

Jack Dorsey also lashed out against the law and the Warner amendment, adding that there is no justification for the decisions towards the crypto sector.

Agreed, this is not the time to pick technology winners or losers in cryptocurrency technology. There is no crisis that compels hasty legislation.

According to the latest rumours, the final vote could come on Tuesday. That will be the moment when the US will decide whether to be an innovator in the sector or let the cryptocurrency industry look for other shores on which to thrive.

The post Infrastructure Bill, cryptocurrencies hanging in the balance appeared first on The Cryptonomist.